I found these signs posted in the heart of Silicon Valley yesterday: There is a saying that the antidote often grows next to the poison. Silicon Valley is the center of wireless technology and many here are seeing dollar signs as the next new thing is to quite literally connect everything we own to the internet via pulsed digital microwave radiation ( a probable carcinogen ). It is called the “Internet of Things” and is a dystopian nightmare if you actually think about it. However, where ever I go and with most people that I speak to, there is an emerging understanding that this technology is dangerous. It appears people are catching on…. 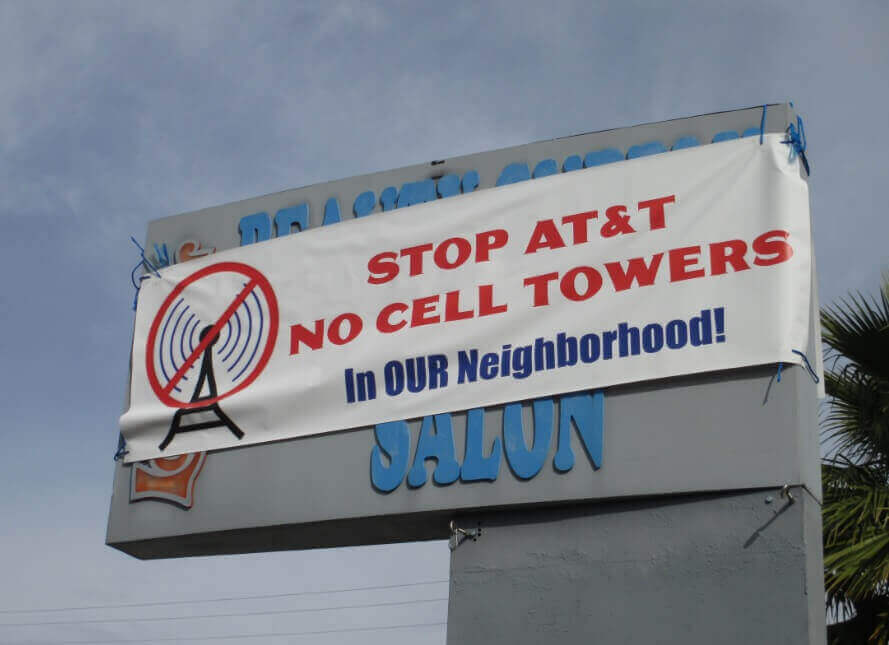 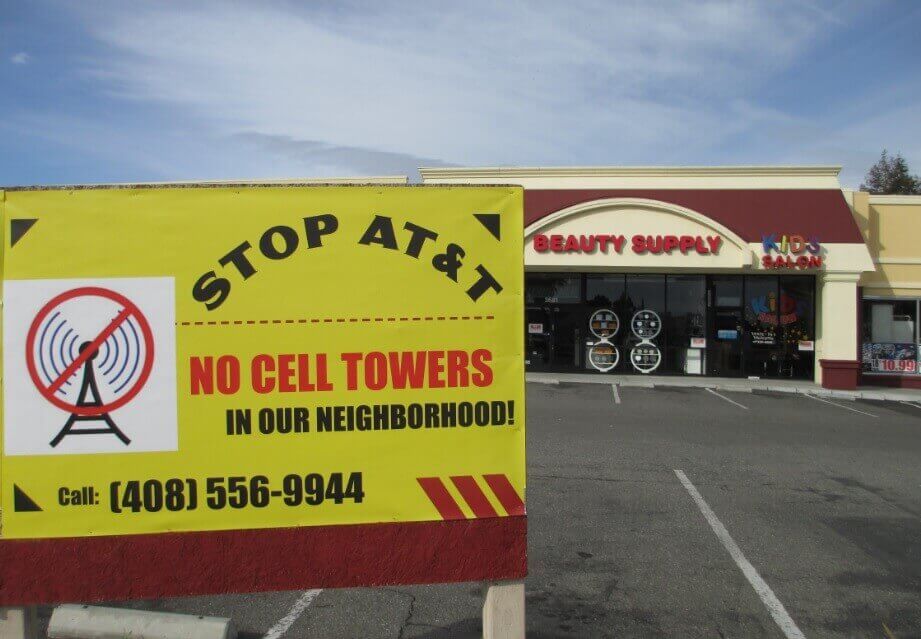 These business and home owners are certainly wise to fight the new cell tower on the block (a six story behemoth amongst one story buildings). As this scene from the film “Resonance – Beings of Frequency” shows, there is much to be concerned about.

Henrik Eiriksson has been running the Mast-Victims.org website since 2005. Over 11 million visitors have viewed this site. His story, and that of his parents who became electro-hypersensitive (EHS) because of a cell tower, are becoming all too common.

Eileen OConnor
03/08/2014 7:15am
Thank you for highlighting the Wishaw cancer cluster story and dangers of cell towers. You can download more details about the cancer cluster and much more information here: http://www.radiationresearch.org/aboutus/eileen-o-connor-director-for-rrt-presentations-and-talks
Jeromy
03/08/2014 4:59pm
Thanks Eileen for all the work you have done on this issue. Your site is excellent. This presentation last summer by Dr. Paul Dart goes into cancer clusters around cell phone towers: http://www.youtube.com/watch?v=_d4NOfTOUDA He talks about cell towers from minute 30:30 to 35:00. His presentation to the Eugene, Oregon Utility Board was so compelling that they made wireless “smart” meters purely “opt-in”, which likely means that only a small percentage of town residents will get them. http://smartgridawareness.org/2013/11/24/oregon-eweb-votes-for-opt-in-for-smart-meters/
Eileen OConnor
03/10/2014 3:54am
Jeromy, Thank you so much for sending a link to this important presentation by Dr Paul Dart, I’m so pleased to hear that the Eugene Oregon Utility Board took him seriously. I presented much of this research at the UK Health Protection Agency in 2006 and sadly no one seemed to listen and the situation has increasingly gotten worse. You can download my 2006 paper here:http://www.radiationresearch.org/pdfs/20061101_base_stations_health_concerns.pdf thank you for all your work.
Best wishes Eileen
Building Construction
05/23/2014 2:59am
nice posts