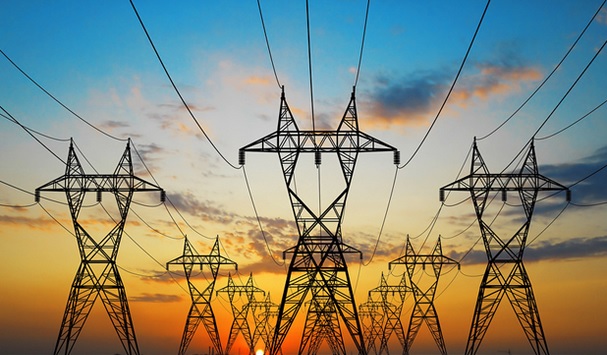 The following is a discussion about the general benefits of Delta power distribution systems vs. the more widely used Wye systems (most of the Western United States is Wye, except for some older systems such as in San Francisco).

Delta systems produce approximately 1/100th the amount of ground current of Wye systems. Because of this, EHS persons generally do much better in Delta served areas (unless, of course, there are nearby powerful wireless transmitters). I have noticed ground current in certain areas (my symptoms would not abate even sleeping in an outside shed that was not wired). In retrospect, they were Wye areas.

The following are thoughts on the advantages of Delta over Wye from an electrical engineer colleague who has many decades of experience in this arena. I also encourage you to read this paper published by the IEEE on the dangers of WYE distribution systems.

“I don’t know of a book which clearly explains Delta vs Wye in terms of magnetic fields and ground current. Power engineers just accept what is and have been indoctrinated into two big mistakes: 1. Magnetic fields are harmless.  2. The amount of current in the earth for Wye is minimal.  One textbook I read on power distribution did in fact confirm that for a megawatt power plant, about 25% of the total current is returning through earth and aquifer, by measuring the current flowing on a big coolant pipe to the cooling pond.

Every transformer creates in effect a little independent power station, with no motive for electrons to flow between them.

In Wye, the transformer isolation is VIOLATED by connecting the distribution neutral wire to the secondary neutral.  The neutral is connected to earth all along the line, every few poles, and at every junction box or transformer.  This causes the earth, water mains, gas mains, and aquifers to become alternate neutral paths.  This is called multipoint grounding.  By connecting the distribution neutral around the transformer with a wire they call the “ground tie”, every transformer no longer provides isolation.

The Wye system grounding practice is a fundamental violation of basic engineering principles.  It came from copying lightning damage prevention methods developed for Edison’s DC distribution system, back when insulation quality in motors was so poor that voltage transients on the line would ruin the very expensive motors.  They didn’t have much in the way of lighting or surge technology, so they “hard grounded” one wire all over the place (multipoint grounding).  This primative and bone headed practice was then applied in Wye distribution, which was made RMS voltage compatible (110V) with all the (DC) lighting and appliances of the era.  Some early distribution was Delta, the thinking man’s approach, but when the Rural Electrification Authority was given to the Department of Agriculture, they sadly they adopted the WYE system.

Once humans adopt an approach that is widely applied, they never seem to question it.”

My colleague continues to explain how Wye systems could be made safer to human health:

“There is nothing wrong with Wye distribution per se, it is only the typical multipoint, hard grounding practice that is seriously flawed.  There is in fact a corrected version of Wye known as uni-grounded Wye, which is sometimes used in transitional areas between Wye and Delta. It is only the grounding practice of typical Wye distribution that is problematic, and in fact, to correct this problem all you have to do is remove the “ground tie” at each transformer, and cut all of the grounding connections for the neutral on the distribution, leaving only one, though the rest could be connected through lightning suppressors if desired.  Neutral voltage on the distribution line may rise too much in more badly overloaded phases, but this can be corrected by simply adding a 1:1 isolation transformer and starting over with a new single ground point on the secondary side.

There is no major expense or conversion needed to fix the Wye system grounding problem, this could be done fairly quickly, neighborhood by neighborhood, a line at a time.  Cutting the ground tie and grounds at poles would suffice.

There are others issues to be addressed as well, such as not allowing water and gas mains to carry current, even between houses that share transformers.  But by and large, most of America could easily have magnetic fields reduced to 1/100th of the present levels with no major infrastructure costs.  But alas, the power companies, emboldened through their hugely funded EPRI cigarette science, refuse to accept magnetic fields are problematic to health.”